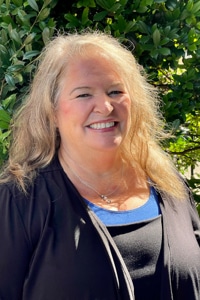 Dr. Michelle King completed her master’s degree in audiology at the University of Louisville and her Doctorate of Audiology from A.T. Still University in 2007. She is licensed to practice audiology in Kentucky. Before joining Heuser Hearing Institute, she worked for 35 years at the Commission for Children with Special Health Care Needs in pediatric audiology and was responsible for the development and implementation of newborn hearing screening statewide (Early Hearing Detection and Intervention Programming). She served from 1985-2012 on the Directors of Speech and Hearing Programs in State Health and Welfare Agencies (DSHPSHWA) She also served on the Joint Commission for Infant Hearing from 2005-2012, including participating in the 2007 JCIH position statement. Having contracted with Home of the Innocents from 2005–2010 for in-patient services, she was hired in 2015 to develop their out-patient audiology services program at Open Arms Children’s Health.